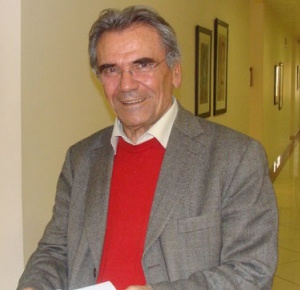 Prof. Dr. Cemal Koç was born in Kırcaeli (Bulgaria) on 24th April 1941. He graduated from "Tokat İlköğretmen Okulu" and started to "Ankara Yüksek Öğretmen Okulu". He graduated from Ankara University Science Faculty, Mathematics-Astronomy Department in 1963. The same year he started his graduate studies in Ege University in İzmir and he obtained his Ph.D degree in mathematics in 1969, from the same department. Then, in the same year, he became a member of the newly established Middle East Technical University in Ankara. In 1970, he became an assistant professor and, in 1978, an associate professor. In 1990, he became a full professor at Middle East Technical University.

In 1971, he visited London University where he first met with Prof. O. H. Kegel with the support of a NATO Overseas research grant.

The 1980's was a difficult time for many people in Turkey and he was not exceptional. On 1st March 1983, he was forced to leave by the coup government because of the law number 1402.

He had to leave university for six years, which was very difficult for him because he was away from research during this period. He returned to his job at Middle East Technical University on 1st March 1989, to the same office which he had left 6 years ago, after the country started down a path of increasing democracy. After 1992, he worked in the mathematics department of East Mediterranean University in Northern Cyprus for two years.

He is the author of the following books which are used as textbooks in many universites in Turkey:

He retired from Doğuş University due to health problems in February 2010. He passed away on 1st April 2010. He had three daughters, Esin, Ekin and Evin with his wife Rukiye Koç.