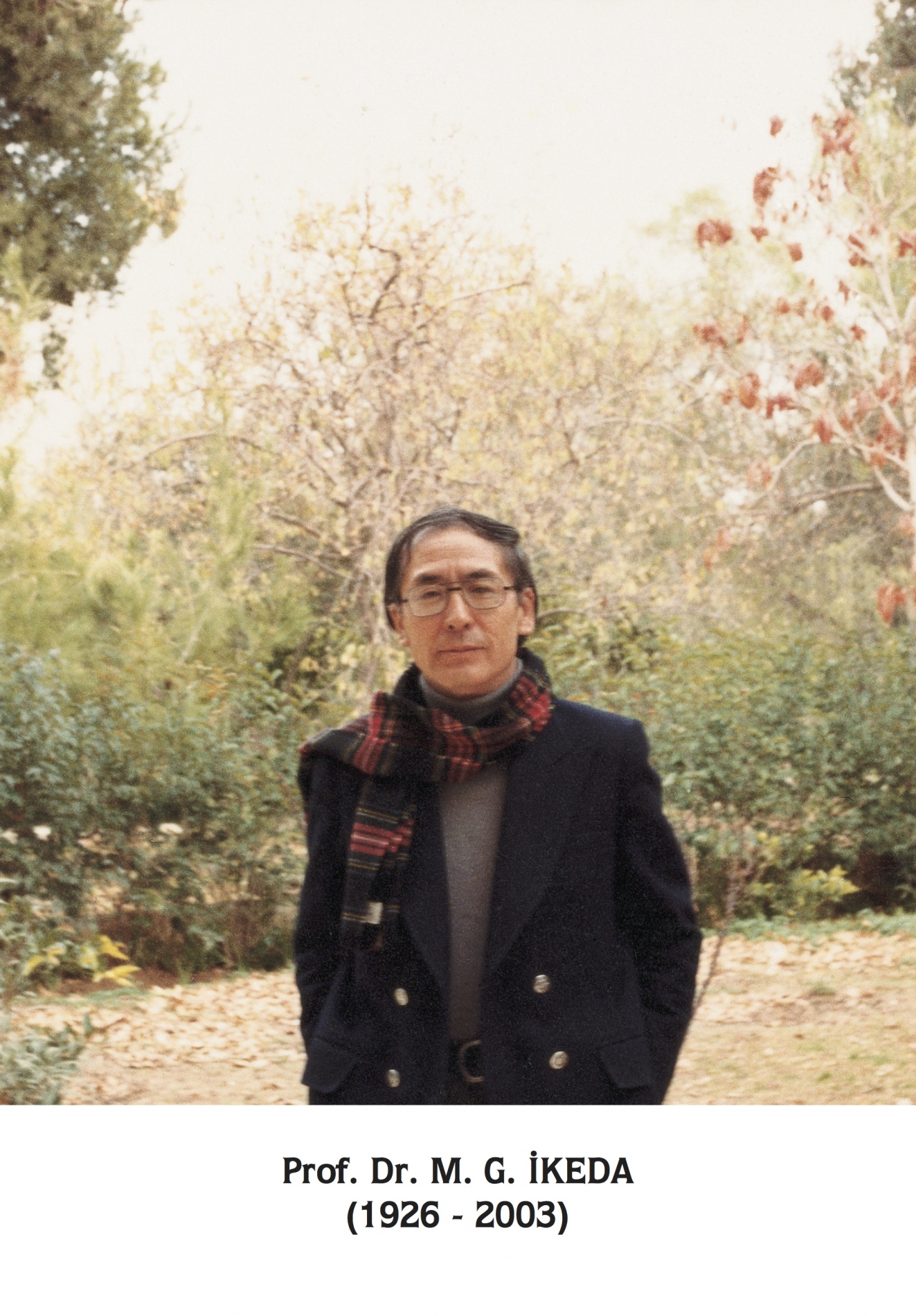 (The article below, which appeared on Turkish Journal of Mathematics, was written by Prof.Dr. Mehpare Bilhan in 1999)

Professor Ikeda was born in Tokyo on February 25, 1926. He was graduated from the Mathematics Department of Osaka University in 1948 with "Rigaku-Shi" degree (BS) and he completed his graduate studies in this institution. His contributions to Mathematics began in 1950, while still a graduate student. His first article, co-authored with Nakayama, was on the classification of Frobenius and quasi-Frobenius algebras. Later he developed the ideas introduced in this work, and obtained a new characterization of Frobenius and quasi-Frobenius rings. In 1952, he generalized a theorem of Kaplansky concerning commutativity for division rings, and as an application, he proved a conjecture Herstein made in 1951 on semi-simple rings. In the same year he generalized a theorem of Gaschütz for group rings to Frobenius algebras . From this work comes what is known today in representation theory as "Ikeda's operator". In 1953 he investigated the structure of absolutely segregated algebras with trivial second cohomology group which he brought into a more convenient form. This, along with his six other papers, constituted his doctoral dissertation. He obtained "Rigaku- Hakushi" degree (Ph.D.) from Osaka University in 1953. Following this brilliant thesis, he worked with Nakayama, Nagao, Yoshii and Eilenberg who, at that time, were part of the school of algebra formed around Nakayama.

In 1955 a Symposium on Algebraic Numbers was held in Tokyo. This event turned out to be influential on Ikeda's future; his interest shifted towards algebraic number theory. He spent the years 1957-1959 in Hamburg, with a fellowship from Alexander von Humboldt Foundation for working with Hasse. He concentrated on the inverse Galois problem. In this period, he proved that if a finite embedding problem with abelian kernel has a weak solution, then it has a strong solution.

In 1960 Ikeda moved to Turkey and joined the Faculty of the Ege University. In 1964, he became a Turkish citizen, taking the middle name Gündüz, and was promoted as an associate professor at the Mathematics Department of Ege University. He founded the Chair of Theoritical Mathematics. In the meanwhile, he continued his mathematical investigations on rings, algebras and algebraic number theory. His work on the Grunwald existence theorem belongs to this period. In the spring of 1966, he was invited to the University of Hamburg to lecture on Galois extensions and the embedding problem for number fields.

In 1969, he joined the Faculty of the Middle East Technical University (METU), Ankara, as a full professor. He spent the year 1971 as a visiting professor at San Diego State University, California. During 1969-1977 his research interests included rings and algebraic number theory. In this period he was the chairman of the Research Unit of Pure Mathematics of the Scientific and Research Council of Turkey (TUBITAK), and also a member of the Fundamental Sciences Research Group of TUBITAK.

During the period 1976-1978 Professor Ikeda worked at the Department of Mathematics of the Hacettepe University, Ankara. In Fall 1976 he was invited to the Institute for Advanced Study at Princeton to conduct research on the inverse Galois problem. He returned to METU in 1978 and received the Science award of TUBITAK the next year, for his outstanding contribution to algebra and number theory.

In 1985-1987, while in the Yarmouk University of Jordan, he studied higher derivatives on commutative rings and in 1990-1993 while he was visiting the Eastern Mediterranean University of Turkish Republic of Northern Cyprus he worked on certain properties of Euclidean domains.

He became Professor Emeritus at METU in 1992. He received Mustafa Parlar Science award at METU, 1995. During 1993-1997, Ikeda worked as a full-time senior researcher at the TUBITAK Marmara Research Center, Gebze. In this period, Ikeda got interested in coding theory and cryptology. He founded the TUBITAK Discrete Mathematics Research Unit to activate research on coding theory. Professor Ikeda is a full member of the Turkish Academy of Sciences and, since 1997, a full-time senior research scientist at Feza Gürsey Research Institute for Fundamental Sciences, TUBITAK.

Since 1960, when he moved to Turkey, Professor Ikeda has been a leader and a driving force for Mathematics in Turkey. In behalf of Turkish mathematicians, I am honoured to express our deepest gratitude to our beloved teacher Professor Ikeda, and wish him a long and creative life full of new achievements.